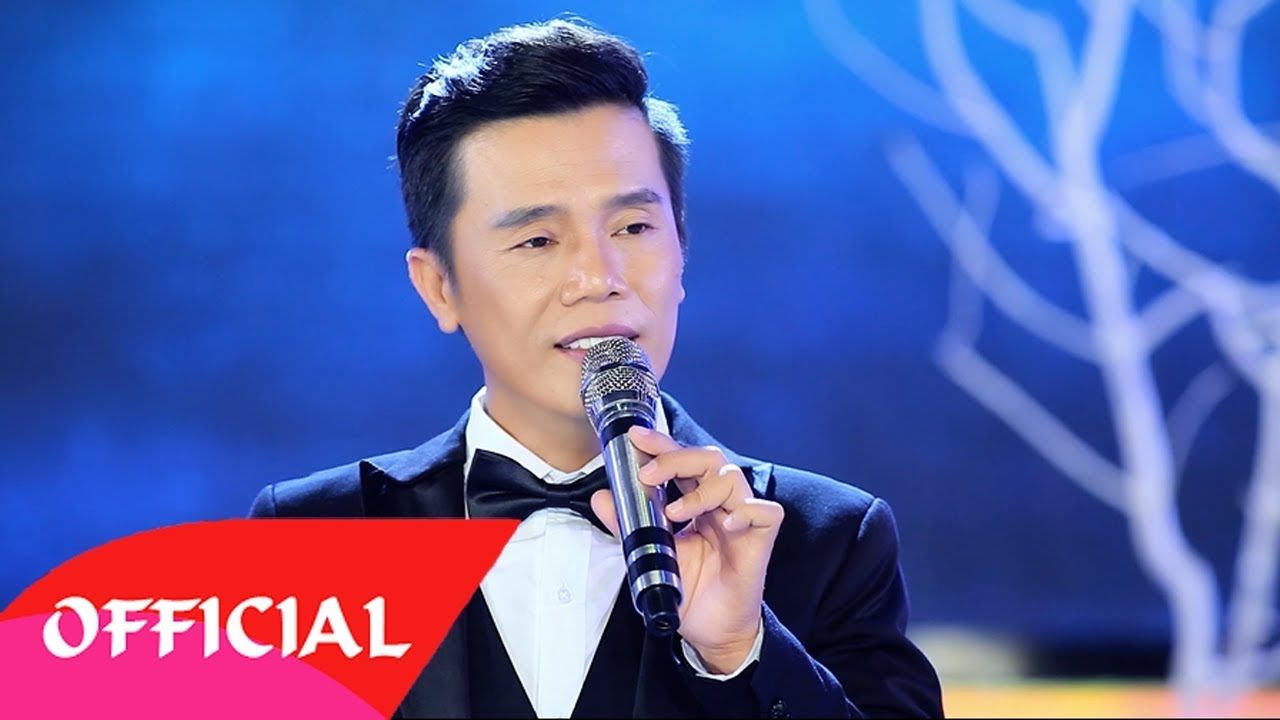 I have some small advantages, time in country and some inside access to Hanoi political culture. And my life was not torn asunder by this all before I was even born. But those things of course are also half my problem, with the other half being the persisting language barrier. Clearly the balance of clear-sightedness is tilted in his favor.

And Hai-Dang Phan is certainly aiming for balance in his comments on Vietnam here and now and developments over the past couple decades. But it leaves me, admittedly long enmeshed in Hanoi politics and perspectives, wanting a more precise definition of the direction and pace of change and endpoints that diaspora poets and writers would commit to and applaud. A decade ago, the direction of change seemed to me, from my limited personal perspective sitting in Hanoi, to be all positive.


The only real argument was over the pace. But things are becoming much more complicated now as the market starts to bite.

Better and worse, better and worse, all the time. Though sometimes it seems like the debate over culture is whether to acknowledge the worse, to bring it into creative works and then maybe to start to grapple with it and transform it. I want to know more about his: Do these poets make a way for themselves, and their ideas, through a breathtaking mastery of Vietnamese language? I really hope we will see Vietnamese originals alongside translations when the anthology comes out.

Linh Dinh apparently worked on these translations while staying in HCM City in daily contact with many of the Vietnam-based poets. Did any of the poets including those born or educated outside Vietnam and presumably in at least most cases fluent in English comment directly on his translations of their work? What were his, and maybe their, key struggles and contentions in the always contested terrain of translation?

There is clearly an aspiration to share southern writing. Hai-Dang Phan states that southern voices were written out of the national literature after , noting the exception of Bui Giang. In fairness, he also alludes to northern voices, Hoang Cam and others, that were basically unheard for decades after the s. But these northern poets at least have been given some attention of late. And I guess he captures what I also see, s writings being re-loved and reconsidered as Vietnam again grapples with how far to embrace the West, and s poets being published, read and discussed again though mostly now posthumously.

Some of the hard work of reconciliation of different perspectives seems to be underway currently, at least looking backwards. I hope that this anthology, though published in English and overseas, becomes a part of what is being and must eventually be reconciled. Though always, and most importantly, in Vietnam itself. That anthology inspired me to dig through my library and various boxes of old stuff looking for my copy of another Hanoi anthology, Once A Book A Time , edited by Elliot Samuels and Connla Stokes in The Hanoi Grapevine piece was kind of long and hence posted in three parts.

As a kind of companion post, here are some photos of various Tay Nostalgia items I dug out while searching through my rather dusty and disorganized archives.

On a bookmark! Copies of Muc, the Hanoi weekly event listing from back when it all fit on a narrow folded strip of paper. Circa Self-published books from and For the chap-book connoisseurs and trainspotters, printing and binding were carried out by a permanently pajama-clad chap down a small alley off Hang Bong street, using some kind of vinyl sourced from Ha Trung street.

Posted in Books , in English , Poetry Tags: He is a friendly guy, and we had a very interesting chat about his work on a modified version of his cartoon book of slang, which he is hoping to re-publish soon, probably under a different title. He also mentioned another related project he is working on, so look out for more from him soon. In the meantime, here is a picture of him with his sketchbook and the remains of lunch that he was kind enough to agree for me to take!

Thanh Fong, b. A recurring theme in discussions about both animation as well as comics and illustrated novels in Vietnam focuses on the long-term effort to nurture local talent and develop Vietnamese products that come up to the level of popular imported works, particularly those originating from Japan. Some writers question why Vietnamese young people prefer foreign images and storylines, and worry about the impact of this on the culture and values of the next generation.

Others emphasize the creativity, sophistication and production values of Japanese anime and manga as well as big-budget Western products, which they say Vietnam can scarcely hope to match for a long time to come. But not without some controversy along the way. It turns out that his work has been published outside Vietnam during the past year or so, including in Volume 2 of Liquid City , an anthology of comics from South-East Asia and beyond.

It includes around separate drawings, each accompanied by a short text drawn from common informal Vietnamese idioms and slang, including alternate versions of established sayings with one or more words altered. They are often expressed as short rhymes or doggerel and many of them are quite funny and catchy in Vietnamese language. One series of drawings in the collection illustrates a set of humorous rhyming similes, drawing on contemporary teen-speak that compares different emotions to various animals.

The title is taken from one of the works in the collection, and apparently references a familiar saying which refers to a smart and successful person that cannot be cheated by others.

However, the saying has been tweaked, creating a funny sounding rhyme and radically altering the meaning. A couple of images poke fun at the common scene of mothers, grandmothers and helpers chasing spoilt young children around with a bowl of food while the children keep playing.

Posted in Books , in Vietnamese , Uncategorized Tags: Read the previous posts here and here. No more bookshops or even books here, but a couple of literature-related finds that might fit better on the Hanoi Ink tumblr, if there was such a thing. First up is my new old typewriter that I acquired in a little shop in Phu Nhuan District: Hermes typewriters were made in Switzerland, and the successive version of the Baby from the s onwards were their compact, ultra-light portable models popular with students and traveling writers.

The ribbon was broken when I bought it but with an improvised repair I was soon pecking out words. No mean feat when you consider the number of characters in regular use in written Chinese. Read the first post here. Actually, a friend was taking me to some shop he found on this street that apparently has an enormous range of hats for sale at cheap prices.

Anyway, the hat shop was closed and we passed by without realizing it. About a kilometre further along we noticed this old bookshop and stopped for a look. The shop was quite well stocked and had the intangible but immediately recognizable feel of a decent second-hand bookshop. The shopkeeper was very reserved, however, and in the end I did not take any pictures at all, even from the outside, as she was really not keen. She said that she did not want to attract foreign customers, as she could not speak English. I found a couple of intriguing thin volumes in French here from the s with the publisher indicated as South Vietnam: Liberation Gia Phong Editions.

The first of these— La Fleur sauvage , 94 pages—was published in It is a collection of five stories about women working for the resistance in the south, written by various authors during the s. Aware of the grave risk, she hurries the exhausted soldiers along despite their requests for a break. At first they are critical of her, but when heavy bombing starts on a section of the trail that they have recently passed, they realize her value.

While his case was largely ignored in the Western media, he remains well known in Vietnam where he is portrayed as a hero and national martyr. A South Vietnamese Novel , which was published in by the same publishing house. I have been wondering since then whether that book, which clearly paints a positive picture of the southern resistance, could really in fact have been printed in the south prior to , either legally or clandestinely in Saigon or inside an NLF base.

Presumably they were then carried south down the Ho Chi Minh trail for distribution. Health Organization in the D. 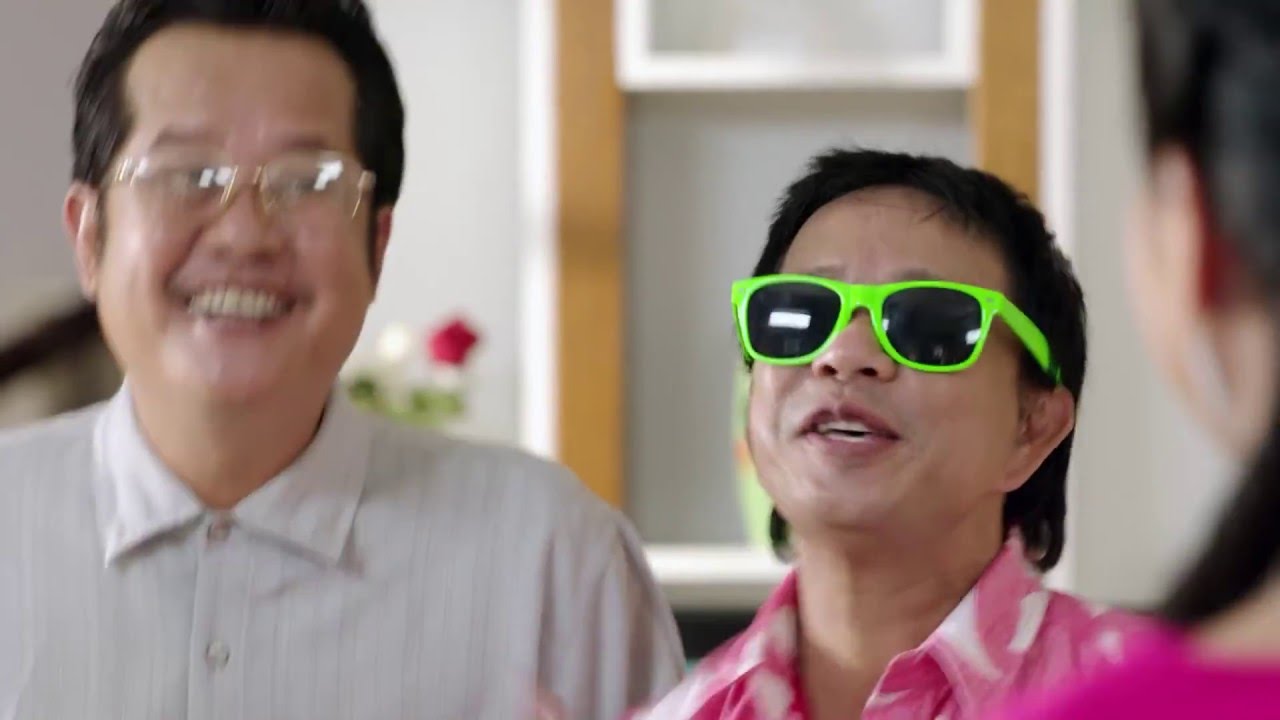 Saigon i: From the beginnings to I was staying fairly close by and headed over on Saturday morning for a look. It was honestly a bit overwhelming at first: I made a lap of the street and counted around different bookshops. I only had an hour or so free, which really was not enough to fully absorb even one shop.

In the end, I chose a likely looking starting point and dived in. Stacking up books precariously, I looked through around ten of the more promising stacks. The interior of the shop turned out to be bigger than I first realized. It is lined with bookshelves down each side including a couple of locked cabinets up high displaying rare works. The middle part of the room contains further large islands of books stacked up in piles; books are fairly well organized into sections, but it was nearly impossible to know what might be found within each deep stack.

Towards the rear of the store I found a large number of English-language books, many dating from the s through the s. Barely scratching the surface, I ended up taking three volumes back to Hanoi with me. Buck, who also provided the introduction. Published in , the book self-consciously aimed to be an informative, even-handed and appreciative explanation of China to an English-speaking audience, written by someone who had obviously spent a great deal of time pondering both China and the West.

The exhibit is being hosted in two restaurants at the InterContinental Hanoi Westlake. The show features 30 posters that have been collected by the Polish Embassy in Ha Noi.

Lacquer painter explores time Life is nothing, if you do not find your soul, your passion and your own path. An inward-looking philosophical message is not what one expects from a handsome man with an Armani haircut and dressed in jeans, but Nguyen Minh Quang is not one who looks to fit any bill. City club helps female artists bond and grow Whether they are landscapes, abstract, surreal or still life paintings; whether they depict life's turbulence or its beauty, they all carry a distinct female perspective.

Thousands of such works have been created by professional and amateur painters because of the space carved out for them by the HCM City Female Painter's Club over the last 30 years. Van, a veteran photographer, says he never tires of his profession. The performers of the Carnival of the Divine Imagination, a leading Brisbane-based troupe, will stage circus, dance and fire art performances for free on June 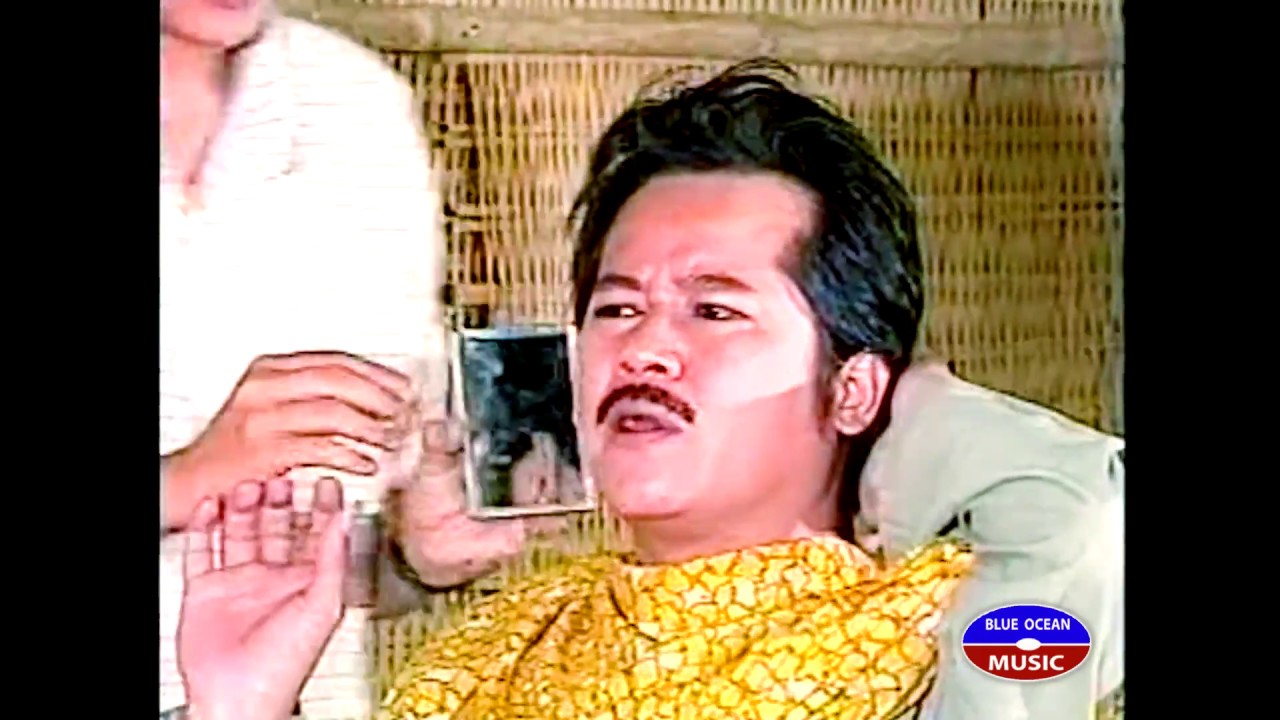 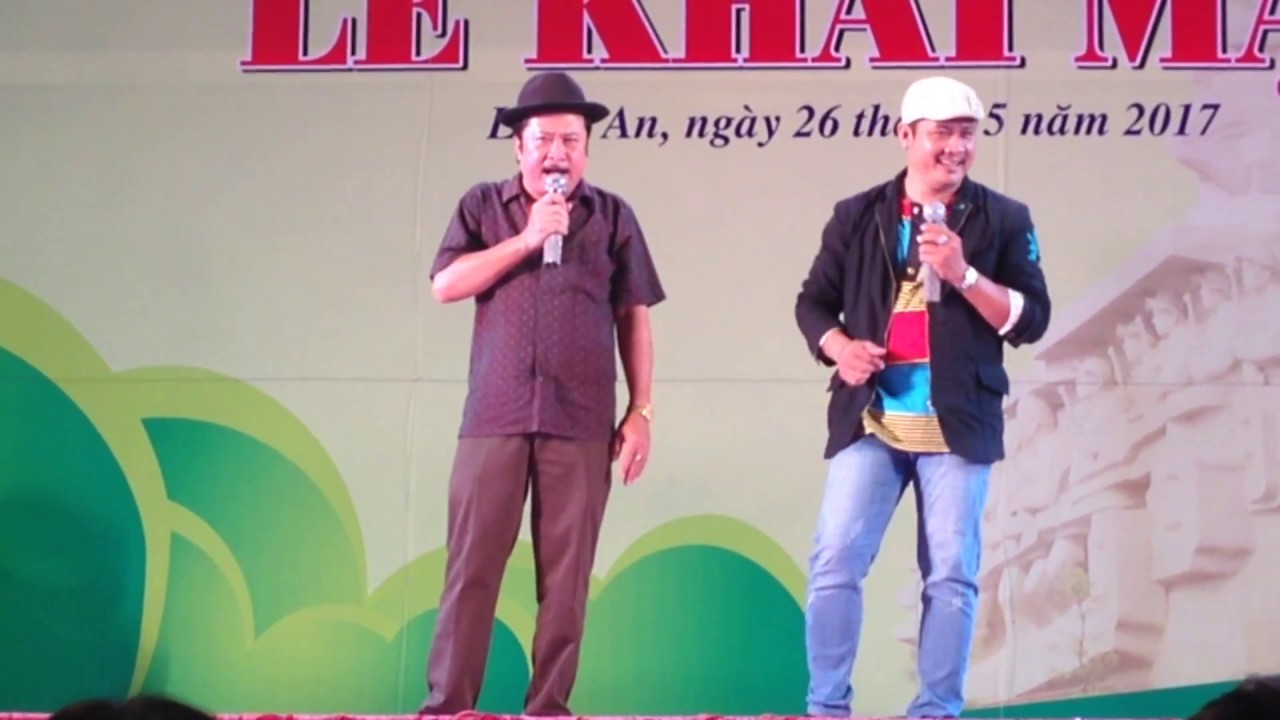 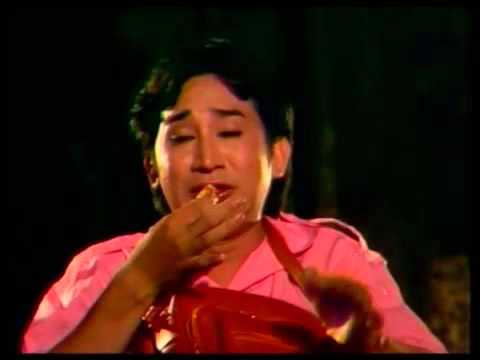 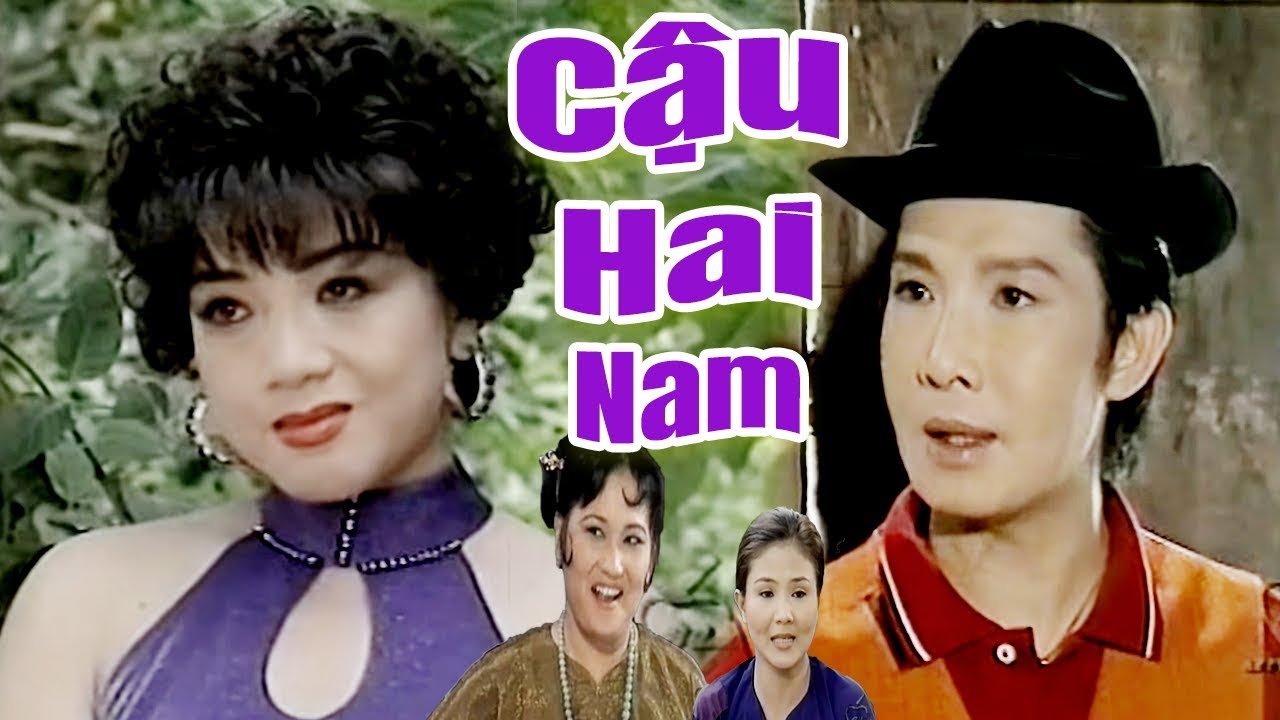